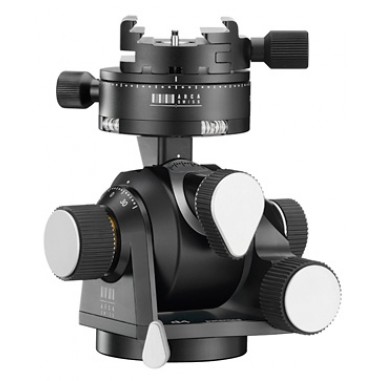 The ARCA-SWISS D4 Tripod Head with Quickset Classic Quick Release is a symbiosis between a spherical head and a 3D tilt head, and has the combined advantages of both systems in one head. The head features both top and bottom panning devices for accurate rotational stitching.